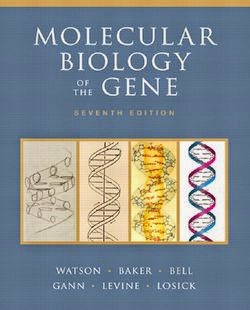 You are trying to insert the values of non-string variables ($_POST).

But it’s also possible that there was some syntax error, like a missing comma at the end of a line. This error will be of a different type than an empty response.

Trouble linking to the latest version of TFS source control

I am trying to upgrade my solution from TFS 2010 to TFS 2015. I first installed VS2017. Then I downloaded TFS2015 and setup an agent on one of the machines in my dev farm. I started debugging the application that I want to upgrade. The source files do not contain the latest updates, but they do contain the version that was there when I checked out the files. The’sources’ folder on the TFS server is pointing to the latest version of the source files. I checked the version in the.sln file and it was still the same version. I went to the TFS web site and asked for the latest version, and I downloaded it. However, when I try to go to the web site from the machine with the TFS agent it still points to the 2010 version. I have the ability to go to the 2010 version in the Azure portal, but that is where it is not very helpful. I need the ability to continue to use the 2015 version. The only way I can think of to do this is to use the 2008 version, but I know this is not a viable option

I call mySQL.php from different instances of the same PHP script (called multiplexed) and, since this php file is called by different applications, the behaviour is different. With this in mind, there are many file access related issues that I’m confused about.
The questions are:

Will I have problems if I use
mysql_connect()
mysql_select_db()
mysql_query()

When mysql_connect() and mysql_select_db() are called, will the thread that called it affect the result of other threads calling the same script?
Will I have problems if I use
mysql_query()
mysql_ping()

If a thread executes mysql_query() and then mysql_ping(), is this going to block the thread?

Will I have problems if I use mysql_connect(), mysql_select_db(), mysql_query()

Yes, they are all connection functions,

When mysql_connect() and mysql_select_db() are called, will the thread that called it affect the result of other threads calling the same script?

This is the same request, so if a request comes when a connection is established, but there is no database, the connection will be refused with the answer:

(You can check this with mysql_ping, if you want to try the thing, but not recomended).

Will I have problems if I use mysql_query(), mysql_ping()

Yes, because mysql_ping() and mysql_query() are SQL statements, and when one waits with a statement, the other may be affected by the waiting.

The link that shows mySQL.php

mysql_connect() is a server connection function, so you have to keep in mind, that not all MySQL servers use the same syntax, and thus there is no such function mysql_connect().

I think you understand the effect of having different scripts executed by different servers and of different threads running them.
You can test this yourself.
Don’t use functions
37a470d65a